The Retro Network Podcast Channel features a variety of shows about pop culture past and present including the flagship TRN Podcast, Sequelquest movie reviews, and Wizards: The Podcast Guide to Comics.

The 2005 romantic comedy, Hitch was essentially the single man's guide to dating in cinematic form. Will Smith's suave relationship advice as delivered to the lovestruck schlub played by Kevin James, was a wake-up call to many clueless guys trying to impress the girl of their dreams.

But where could the story go next? That's the challenge being taken on by the SequelQuest crew in this week's podcast adventure. Do Adam, Jeff, Justin, & Jeramy have what it takes to create a worthy sequel?

We found ways to incorporate the comedy stylings of Ryan Reynolds, Fred Armisen and Carrie Brownstein from Portlndia & more, so the hilarity meter is off the charts. Plus, get dating tips from the SequelQuest hosts and apply it at your own risk.

So cuddle up with that special someone an share your earbuds as you listen to our Hitch 2 episode now. 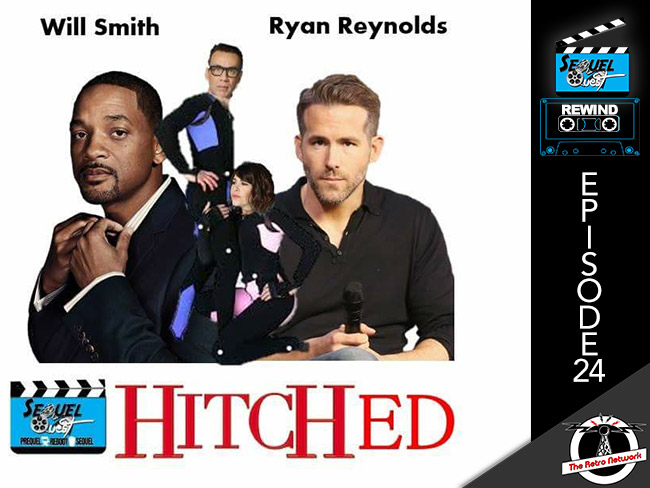 SequelQuest | A Sequel to The Wedding Singer | EP115 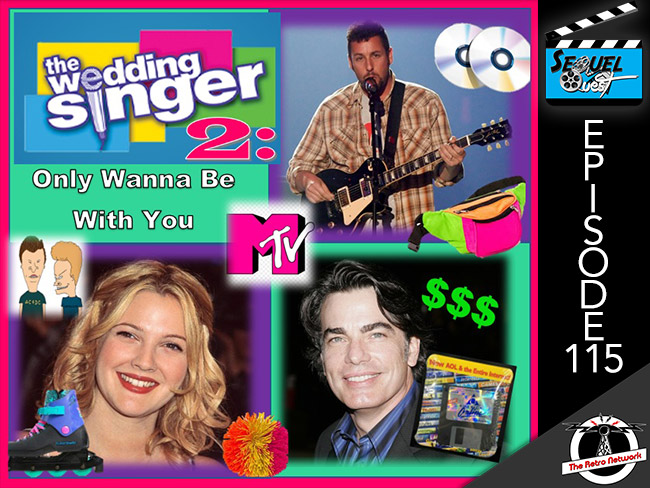 SequelQuest Rewind | A Sequel to The Princess Bride | EP12

You want a romantic podcast? AS YOUUUUUU WIIIISH. That’s right, this Valentine’s Day we decided to get in touch with our inner Don Juan’s and explore the sequel possibilities of one of the great 80’s love stories, The Princess Bride starring Cary Elwes, Robin Wright, Billy Crystal, Andre The Giant, Christopher Guest and more.

For our Valentine’s Day special we’ve brought invited 2 special guests along for our climb up the Cliffs of Insanity, OUR WIVES! That’s right Kristin and Judy join the podcast to provide a female perspective on movies and matters of the heart.

It’s INCONCEIVABLE that the world never got a second adventure through the fire swamp with our hero Wesley, the beautiful Princess Buttercup and the daring Inigo Montoya, but have no fear, SequelQuest is here to tell tall tales from the kingdoms of Florin and Gilder that never were. So go on and listen, I mean it! Anybody want a peanut?

We love it when a plan comes together. In 2010 the 1980's prime time hit The A-Team was adapted to the big screen and promised big action and big fun, but was unfortunately a big bomb at the box office. Even with the star power of Liam Neeson, Bradley Cooper, Sharlto Copley and Quinton "Rampage" Jackson, The A-Team movie just didn't connect with fans of blockbuster cinema.

SequelQuest loves a challenge as much as Mr. T loves gold chains and that's why Adam and Jeff along with returning guest, Carlin Trammel aka CT from the Nerd Lunch podcast decided to take on the mission of pitching an A-Team sequel that will knock the cigar right out of your mouth.

Hop into our custom van as we discuss our nostalgia for the original A-Team TV series and the mountain of merchandising that came with it's success, as well as a debate the merits of the big screen version that may deserve a second look.

So who will Hannibal, Face, B.A. and Murdock take on in The A-Team 2? The bad guys range from drug lords to ghosts from Hannibal's past but they all add up to trouble that gives our favorite group of highly skilled mercernaries a chance to strut their stuff.

While you won't have to "get on no plane", we're telling you to get "on the jazz" and listen to the podcast, Fool! 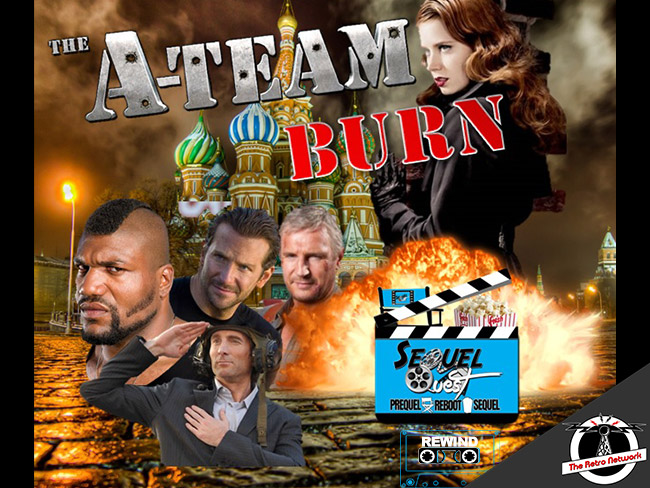 In 1959 Ed Wood made Plan 9 From Outer Space, a movie so bad it lived in infamy for over 50 years as the worst film ever made. Now the SequelQuest podcast dares to return to the tale of these graverobbers from outer space.
Join Adam, Jeff, Jeramy, and special guest Michael May as they pitch a Plan 9 From Outer Space sequel that combines the talents of Paul Giamatti, Aaron Taylor Johnson, Joe LoTruglio and M. Night Shyamalan to pit Genghis Khan against alien invaders in a story so ridiculous it will leave you scratching your head at the hilarity.
SequelQuest | A Sequel to Plan 9 (From Outer Space) | EP114 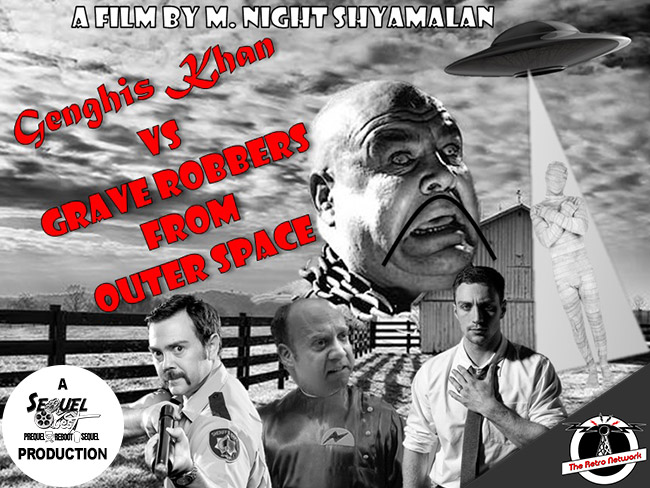 SequelQuest Rewind | A Sequel to The Room (Really?!) | EP42
(From May 2017)
Tommy Wiseau's 2003 film, The Room is infamous for it's no holds barred assault on decent filmmaking. Nonsensical dialogue, dozens of dropped plot lines and an otherworldy performance by the lead actor have made it the most talked about "So bad it's good" film of the 21st century.
There's no experience quite like seeing The Room for the first time, so who would dare to try and duplicate it? Enter the SequelQuest crew of Jeff, Jeramy and Adam in a fatally flawed discussion about how to manufacture a sequel to a movie that defies description.
What more can be said? Listen now to one of our strangest episodes ever as we enter the incredibly bizarre universe of The Room. 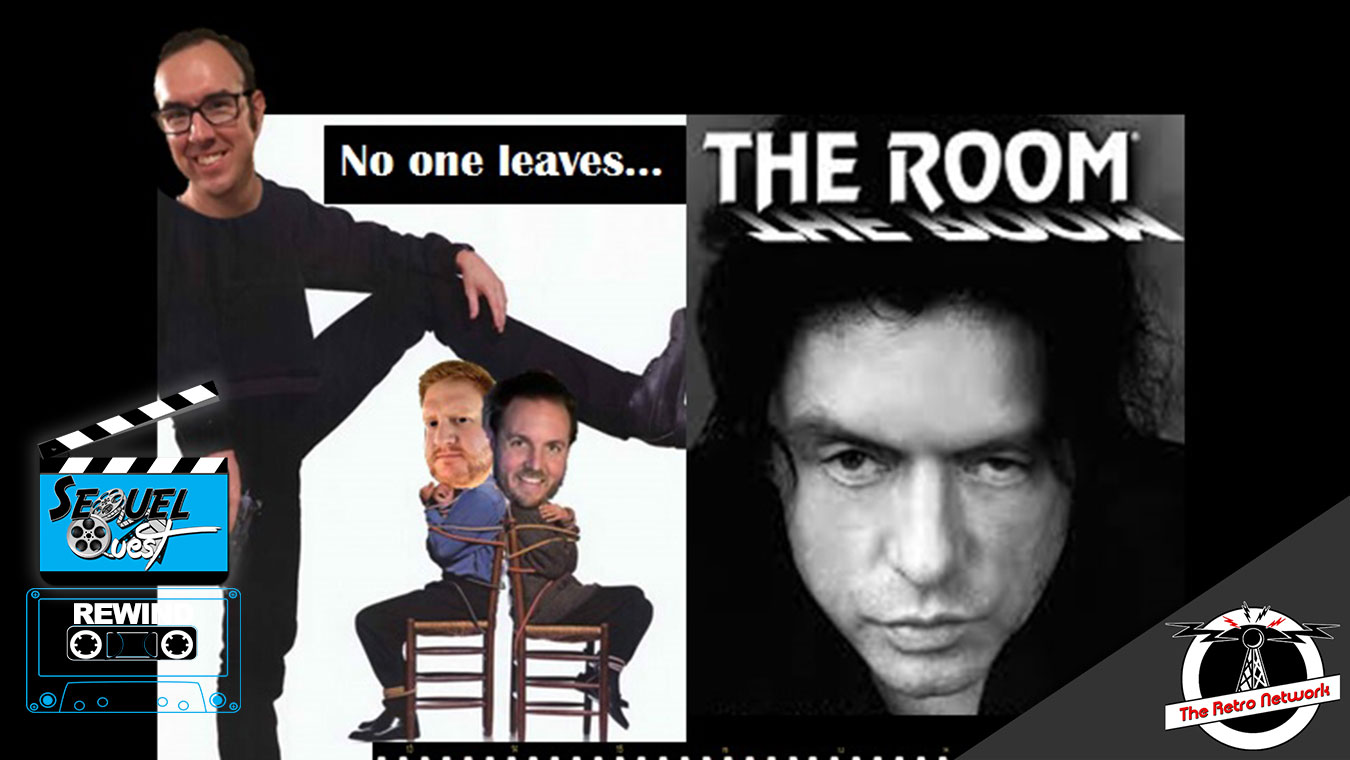 SequelQuest Rewind | A Sequel to The 5th Element | EP35

Calling all aliens! Are you green? How green? Green enough to travel to the far reaches of the universe with Bruce Willis, Milla Jovovich and Gary Oldman in The Fifth Element! This week the SequelQuest crew is bringing their ideas for an alien space adventure sequel to the 1997 Luc Besson sci-fi film, that for some reason never turned into a franchise.

The wild supporting characters in The Fifth Element from Chris Tucker's Ruby Rod to shapeshifting Mangalors provide endless storytelling possibilities, but which way will Adam, Jeff, Justin and Jeramy take the series? Will Ruby Rod be president? Will Leeloo and Korben give birth to a universe saving chosen one? How about a mash-up with another famous film hero you never saw coming?

Listen now and get in on the fun that only SequelQuest can bring! 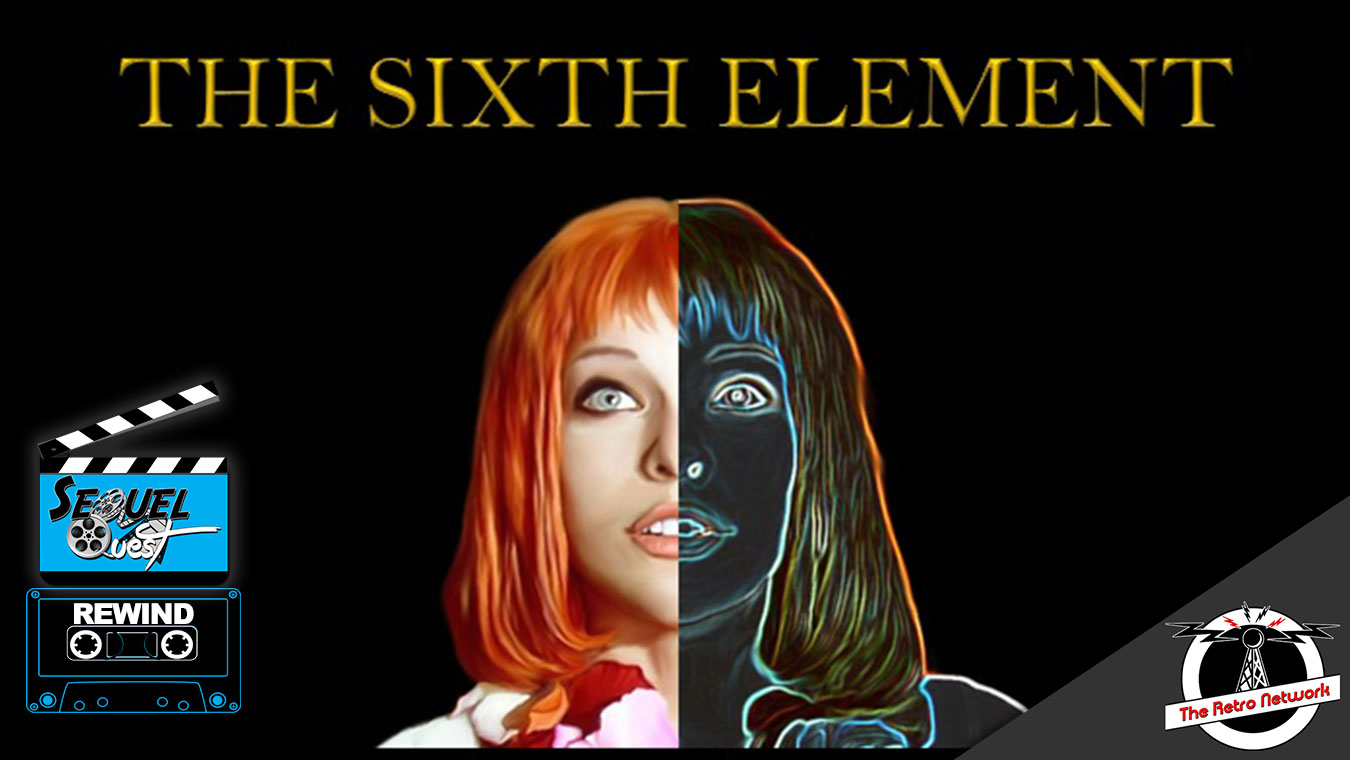 Greetings, Programs. Now booting up the SequelQuest podcast for your listening pleasure. In 1982 the world was not ready for the expedition into the computer world of Tron with Jeff Bridges, but flash forward nearly 30 years later to Tron: Legacy in 2010 and the digital landscape of our world made The Grid feel like another day at the office.

The visual spectacle of the Tron movies brought cutting edge computer graphics into the cinematic landscape in an unforgettable way with light cycles races, Solar Sailor rides and the Master Control Program. Unfortunately the Tron train seems to be stuck at the station as the Walt Disney Company focuses more on their Marvel and Star Wars properties.

But what about the many characters, designs and philosophical concepts of The Grid? Have no fear, SequelQuest is ready to continue the story of Kevin Flynn with our pitches for Tron 3. Along with our guest host, Michael Cannetti entering the games, Adam, Jeff and Jeramy get deep into the history and future that is possible for a third Tron film.

You are now ready to listen to the SequelQuest podcast. End of Line. 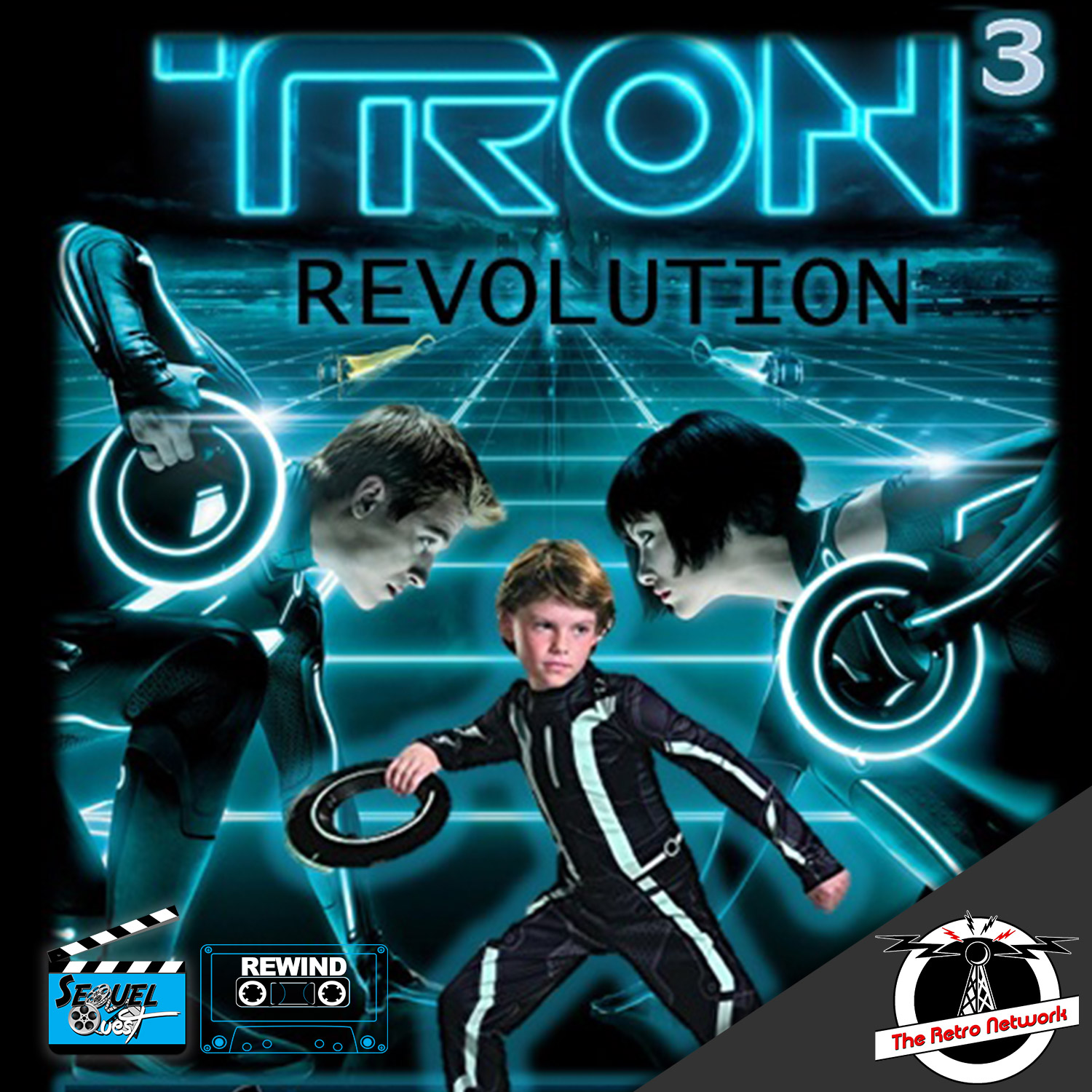 Hey, we found one more present under the tree! Yep, it's Christmas in February (2016) with this lost episode of SequelQuest. We felt you had waited long enough for this dash of holiday cheer, so we dusted off the snow and got it started.

Everybody knows the classic children's book, The Polar Express, but what about the 2004 motion capture film adaptation by Robert Zemeckis? If you like Tom Hanks playing multiple CGI characters, each creepier than the last or Aerosmith as Rock n' Roll Elves at The North Pole, then this was the movie for you.

So what could a sequel to The Polar Express be about? This episode really goes off the rails, so listen now! 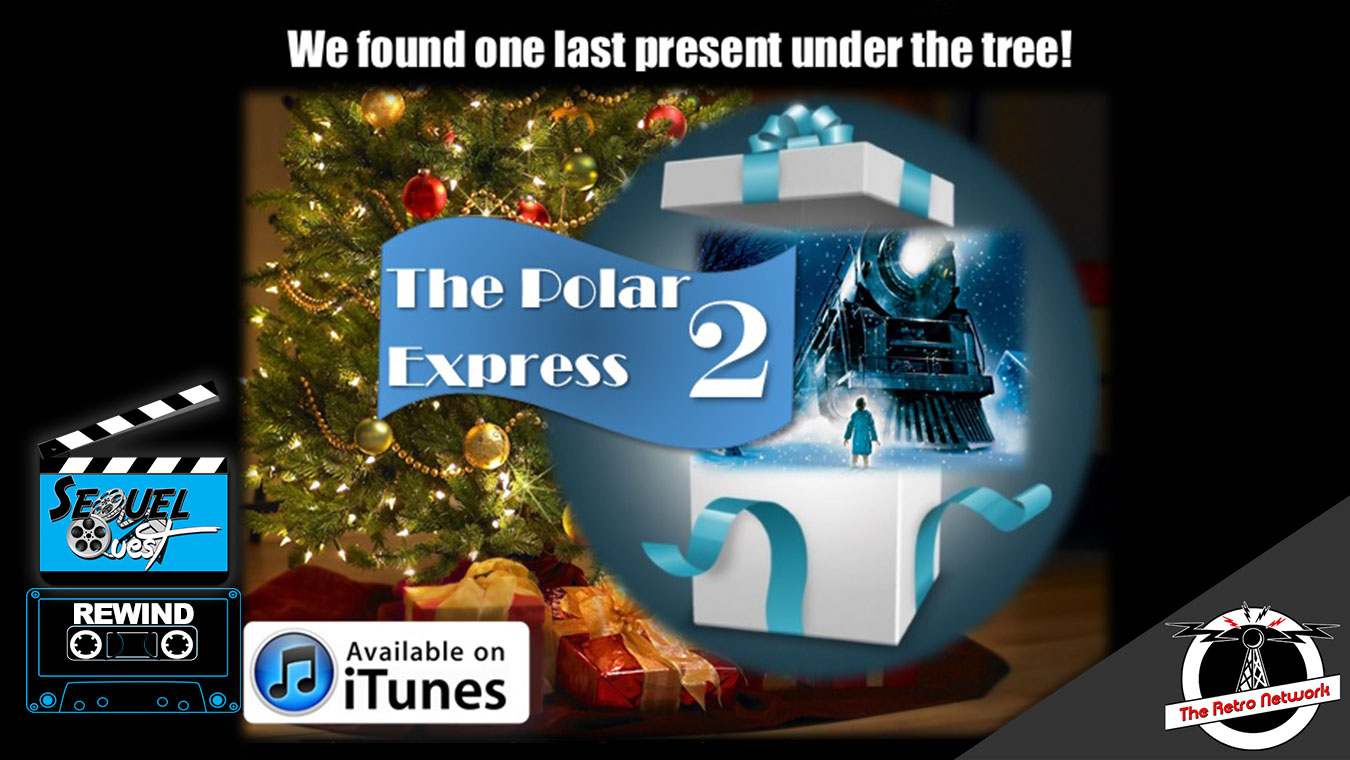 SequelQuest Rewind | A Star Wars Story Pitch-off | EP62
(From December 2017)
Star Wars fans worldwide have been anticipating the return of Luke Skywalker in The Last Jedi, with Mark Hamill returning to his iconic role. But there are endless stories to be told in a galaxy far, far away and that's where SequelQuest comes in.
With the Walt Disney Studios promising 1 new Star Wars film every year, they've begun giving individual characters their own films, so Jeff and Adam invited Star Wars superfan, Garen along to help pitch ideas for spin-off films that highlight characters who don't necessarily wield a lightsaber.
After reminiscing about their favorite Star Wars memories from movies, toys and even run-ins with members of the cast, our brave podcasters share new cinematic stories featuring your favorite bounty hunter, Boba Fett, Ewoks and even a background character who had become more popular than you can imagine.
So listen now to our Star Wars Spinoff Spectacular and take your step into a larger world with SequelQuest. 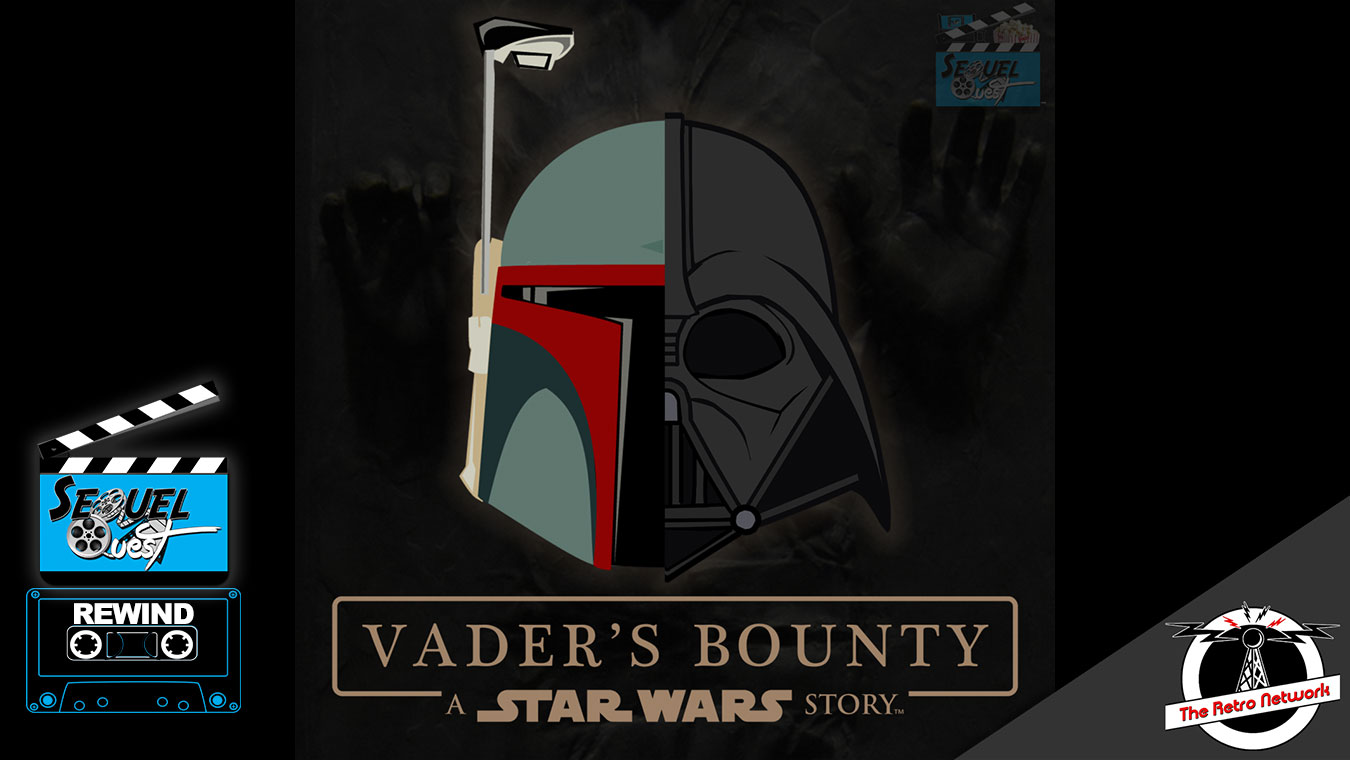