We're getting WILD on episode 12 of WIZARDS with special guest host, Preston Burt from the Wayback Attack podcast, as we talk Jim Lee's WildC.A.T.s, revisit Batman The Animated Series and review Terror Inc #1 from 1992.

Did we mention we now have official WIZARDS t-shirts?

Get one of three designs today at this link https://www.teepublic.com/stores/wizards-the-podcast-guide-to-comics?ref_id=12330 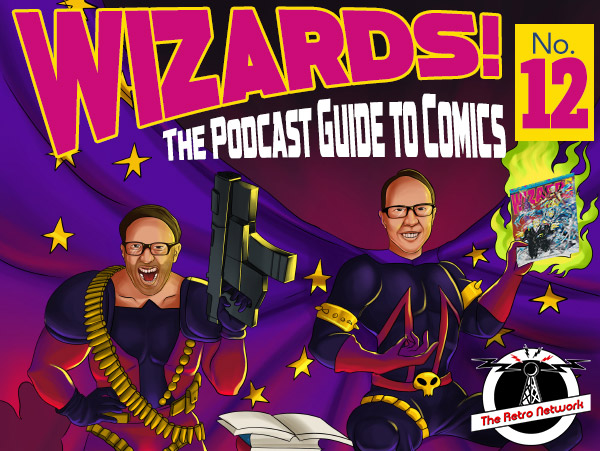 On this mini-episode of WIZARDS Michael is bringing you his run and gun solo style coverage of the Wizard issue #11 content we didn't cover on the main show. Listen to his review of the fan art submissions, hilariously uncomfortable reading of Hunk & Babe of the Month, plus another round of trivia to test his knowledge of 90's comics. It's fun, it's fast, it's WIZARDS 1/2! 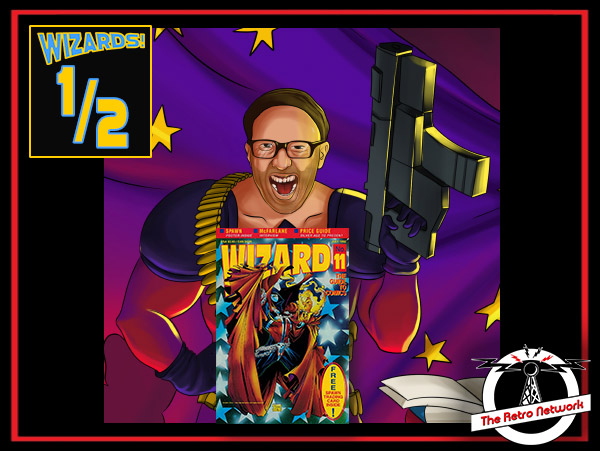 We're X-Cited to bring you the most X-Tensive look at the 1996 FOX TV movie Generation X based on the Marvel Comic spun out from the pages of X-Men. Join Adam, Michael & special guest, Steven Tsapelas as they share their fascination and fandom for this early attempt to bring the X-universe into live action. It's an X-Perience you'll never forget, filled with more trivia and behind the scenes details than you ever X-Pected!

Check out our NEW TeePublic Store!
Everything is On Sale May 27th till Noon PT on May 30th! 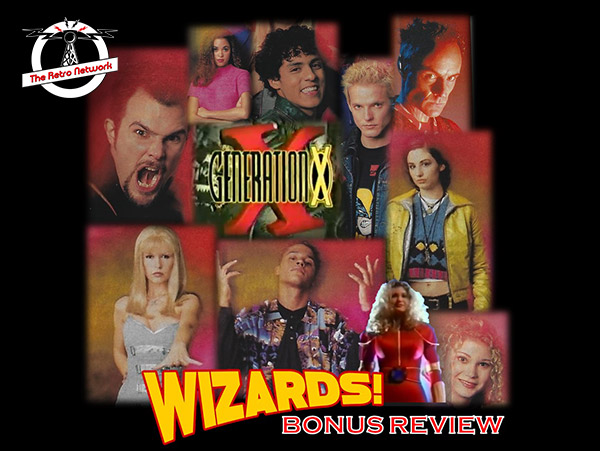 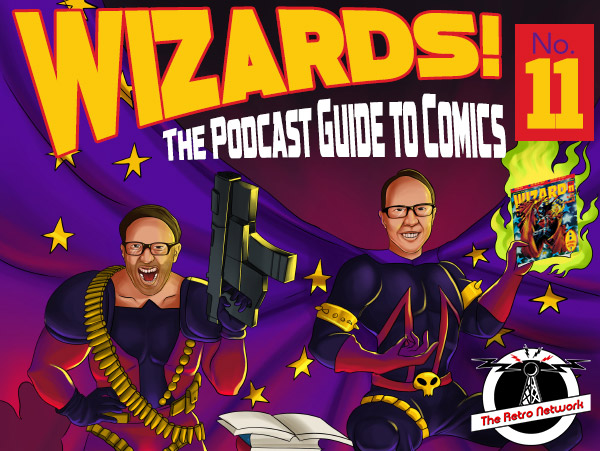 Michael is flying solo on this WIZARDS 1/2 mini-episode as he discusses the Hunk and Babe of the month, reader cover art submissions and tries to complete the contest quiz by himself with hilarious results. 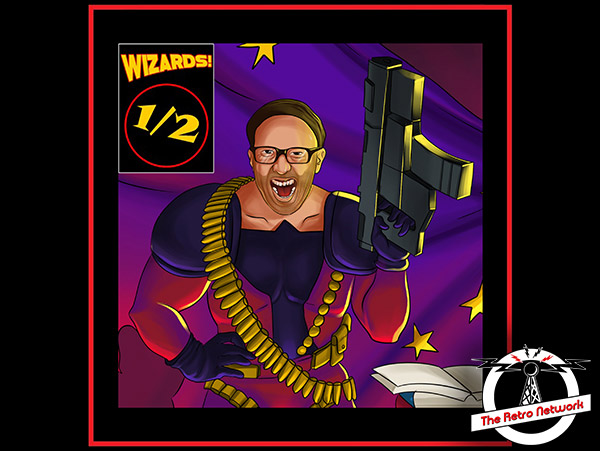 For the 10th episode of WIZARDS Adam and Michael reveal how Rob Liefeld saved Wizard magazine from cancellation, take a deep dive into the history of Cable, discuss the history of the doomed James Cameron live action Spider-Man movie, review Shadow of the Bat #1 and more 90's comic book fun. 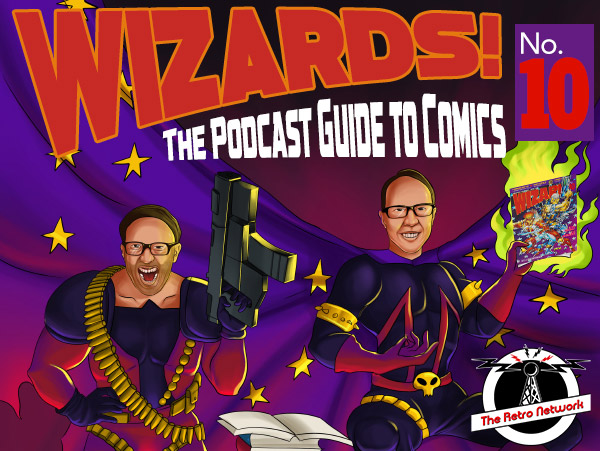 In the tradition of Wizard magazine 1/2 comics, Adam is bringing you a short, but info-packed mini-episode of WIZARDS The Podcast Guide To Comics covering Toy Fair 1992 where more than 30 new Marvel Comics action figures are being announced, plus a behind the scenes look at how these iconic toys of the 90's were sculpted. 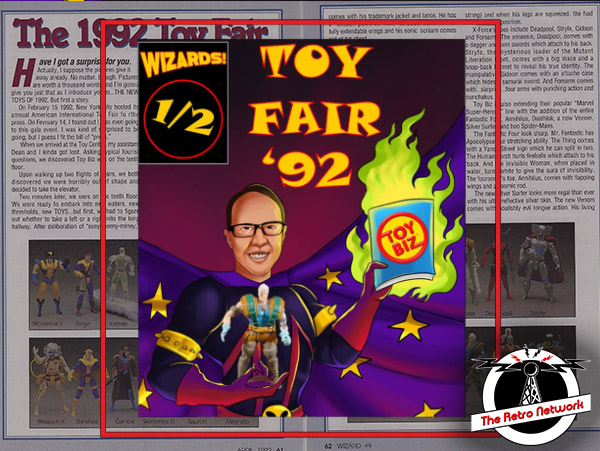 In this BONUS episode of WIZARDS Adam and Michael take you back in time to San Diego Comic Con 1992 through the pages of the 1st Wizard Special Edition magazine. Join your hosts as they share their own comic convention experiences, celebrity encounters, favorite con purchases and lots more geeky comics fun! 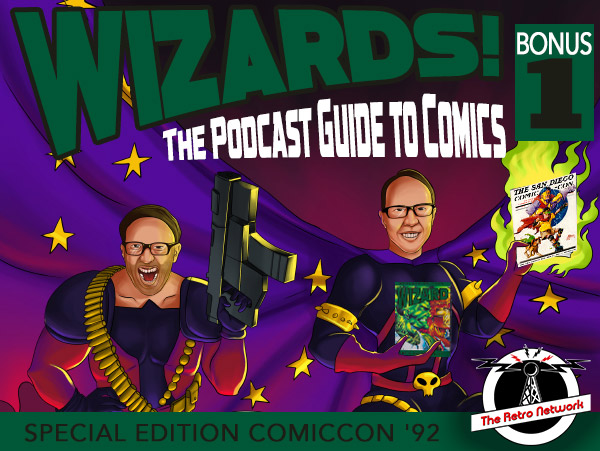 In this jam-packed episode of WIZARDS, Michael and Adam are joined by special guest, Steven Tsapelas to pay tribute to Venom, explain the absence of Robin in Batman Returns, reveal our favorite female action figures, find out how DC ripped off Lobo fans in 1992 and more nerdy 90's comic book fun. 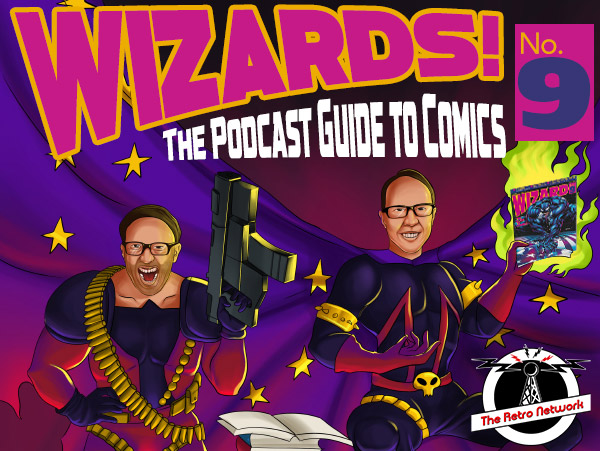 In Episode 8 of WIZARDS Adam and Michael find themselves exploring the work of 90’s superstar artist Whilce Portacio, discuss Jim Lee drawing a mutant picnic in X-Men #8, the history of Superman’s pal, Jimmy Olsen and even their own stories of customizing comic book action figures to create new heroes. Plus the finer points of comic book storage with longboxes versus 3 ring binders. Are you part of the #longboxlegion or #binderbrigade? Listen now and get geeky! 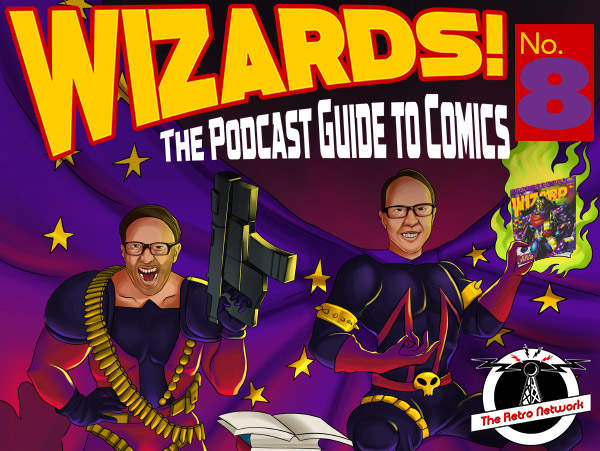 In this BONUS Episode of WIZARDS Michael and Adam revisit 1990's The Flash TV series starring John Wesley Shipp as Barry Allen. See if you can keep up with the lightning charged nostalgia of your geeky hosts as they review the history of The Flash in comic books, favorite episodes, behind the scenes details, vintage merchandise and more from this podcast that's been 30 years in the making!

The Retro Network Podcast Channel features a variety of shows about pop culture past and present including the flagship TRN Podcast, Sequelquest movie reviews, The House Show wrestling podcast and Wizards: The Podcast Guide to Comics.