Welcome to TRN Game Night! Several members of The Retro Network team are coming together to face off in a fun new series of podcasts. In this episode we introduce Pop Culture Clash, a knockout style trivia game to see who will be left standing after answering several rounds of brain-teasing pop culture questions.

Clashing in this podcast will be Kevin (@teamhellions), Stacey (@geeky_vixen), and Adam (@hojukoolander) with Jason (@RD80s) serving as the host. We'll be using questions from the 80s Scene It? board game which includes three categories: "Take Three", "Songs Slogans, and Sayings", and "Pop Culture." Listen to see who will win and receive the illustrious "Falco Championship Belt" (named during the show.) 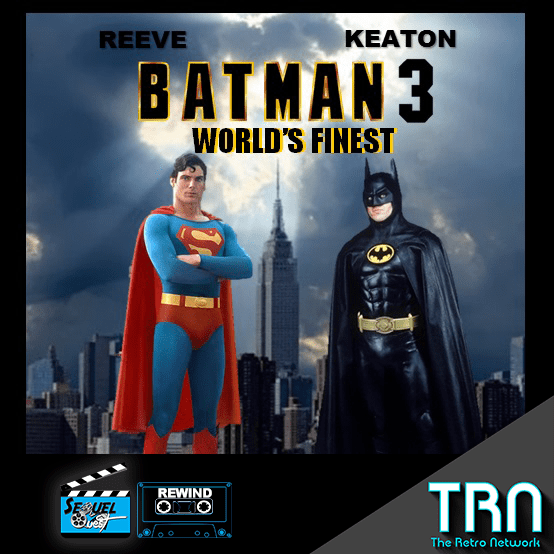 Tim Burton redefined Batman for a generation with his 1989 summer blockbuster adventure starring Michael Keaton and Jack Nicholson. 3 years later Keaton and Burton were back with the bizarre Batman Returns, a dark fairy tale that was controversial for its time, leading to the imaginative filmmaker abandoning plans for a Batman 3.

In Burton’s absence, Joel Schumacher gave us Batman Forever in 1995 and the less said about Batman & Robin the better. But what if Burton had been able to complete his trilogy? It’s a question many have wondered about and now SequelQuest is ready to provide some answers by travelling to an alternate Summer 1995 where Tim Burton’s Batman 3 took theaters by storm.

Join Adam, Jeff, Jeramy and returning guest host, Michael Cannetti as they present exciting ideas for the continuing adventures of the caped crusader on the big screen.

Imagine Batman finally facing Billy Dee Williams as Two-Face, the return of Christopher Reeve for a team up between cinema’s mightiest heroes, Catwoman bringing Batgirl along for the ride and even a modern day Tim Burton and Michael Keaton coming back for a live action Batman Beyond film.

SequelQuest has got our turbines to speed to revive Bat-Mania in a big way, so follow the bat-signal and join the fun!

The Retro Network Podcast is back with Mickey telling about his recent vacation to King's Island while Jason preps for his "drivecation." Recurrent Events topics include Halloween 2, a Space Invaders Board Game, the new 'Scooby Doo and Guess Who' series, KFC'supcoming Cheetos chicken sandwich, 'Battle of the '80s Supercars," Batman's election to the Walk of Fame and more. Jason then dials up Paxton Holly of the I Read Movies Podcast on the TRN Hotline to discuss Batman '89 and particularly, its novelization. Our main topic this week is all about out MTV memories and favorite music videos with special guest and TRN's resident music guru Eric Vardeman. Finally, we will give a preview of what to expect this week on TheRetroNetwork.com website.

Listen between segments for the Clip of the Week, a CBS News report about MTV and its influence on the music industry and fans. Plus, you'll hear a classic "I Want My MTV" commercial and promo to win Axl Rose's condo, referenced in our main topic segment. 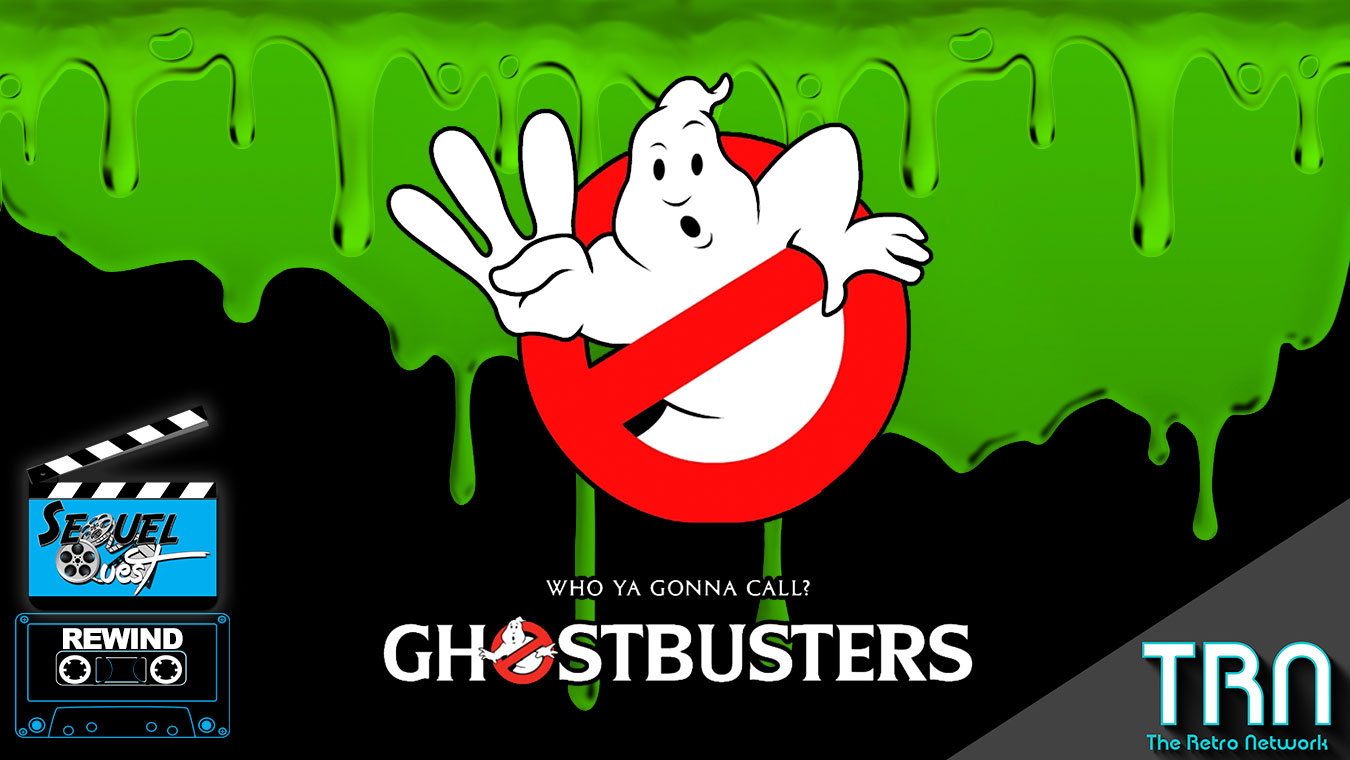 Who you gonna call? GHOSTBUSTERS! The Paul Feig directed reboot featuring an all female cast is hitting theaters soon and creating lots of controversy in the meantime. Whether or not you’re a fan of Saturday Night Live stars like Kristin Wiig, Kate McKinnon or comedy icon, Melissa McCarthy you can’t deny the fun of having Ghostbusters back in theaters and merchandise on store shelves.

For years we were teased by Dan Aykroyd and Ivan Reitman with a never produced follow-up film aka Ghostbusters 3 re-uniting Bill Murray, Ernie Hudson, Sigourney Weaver, Rick Moranis and the late, Harold Ramis. Now SequelQuest is making those dreams a reality!

We’re charging our proton packs and jumping back in to the world of professional paranormal extermination with Venkman, Stantz, Spengler and Zeddemore, imagining what the next adventure of favorite funny ghost hunters could be.

So listen in as Jeff, Jeramy and Adam share their ideas for Ghostbusters 3. Will it meet your expectations? Will the original Ghostbusters pass on the mantle or just keep repeating to themselves, “Bustin’ makes me feelgood!”

But wait, there’s more! This also marks our first video podcast. Yep, we’ll scare the pants off you by showing our ugly mugs and some other fun tricks on YouTube. So click here to watch the full show now, if you dare!

The Retro Network Podcast returns with Mickey reporting on his road trip to Play It Again Arcade and Jason's good fortune with his New Coke order. Our pop culture news segment Recurrent Events includes the new Contra: Rouge Corps video game, G.I. Joe Film News, a WWE/Ghostbusters action figure mashup, Scrooged getting the remake treatment, the OJ Chase at 25, an Upside Down Whopper, an animated Fast & Furious series and much more. The TRN Hotline then heats up with another Batman '89 interview, this time with movie guru Chris Tanski of Fright-Rags.com and the Saturday Night Rewind podcast. Our main topic this week is the trend of throwback drinks and some we'd love to see return to store shelves. Finally, we will give a rundown of recent articles and what's coming up on TheRetroNetwork.com this week.

Be sure to stick around between segments for the Clip of the Week, a CBS News report from 1985 on the release of New Coke. Plus, you'll hear a few classic TV commercials from Coca-Cola and Pepsi during the '80s Cola Wars era. 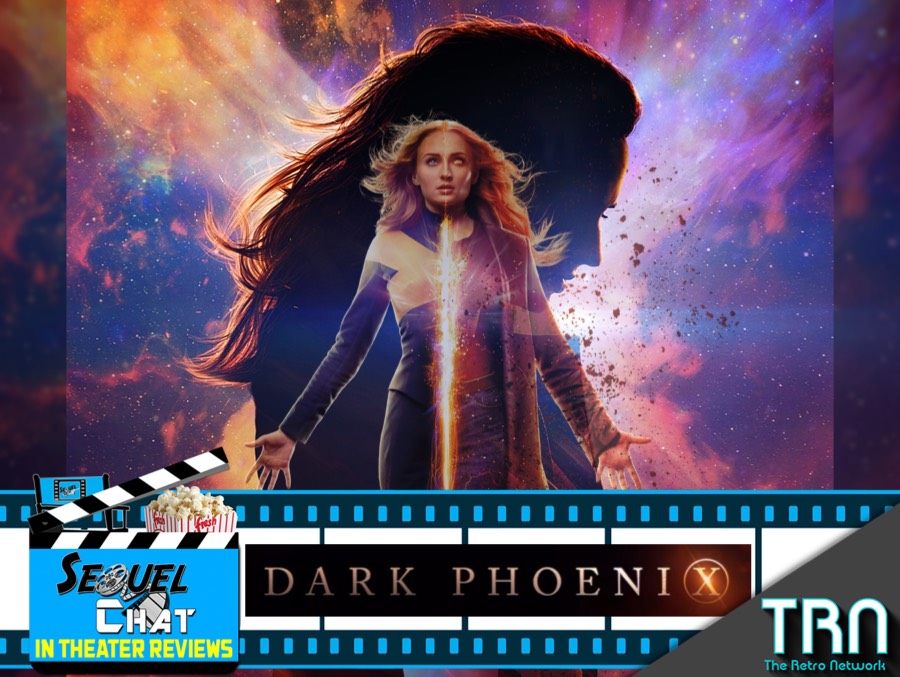 20th Century Fox has brought their nearly 20 year X-Men film franchise to an end with Dark Phoenix. Bringing Jennifer Lawrence, Nicholas Hoult, James Macavoy and Michael Fassbender back for one more adventure after X-Men: Apocalypse had the potential to be a fitting end, but did it pay off?

Join Adam, Jeramy and Colton as they discuss their thoughts on this adaptation of the mutant milestone The Dark Phoenix saga to determine how Sophie Turner measures up to the original portrayal of Dark Phoenix by Famke Janssen and if this Jean Grey story succeeds where X-Men: The Last Stand failed.

The Retro Network Podcast is back with your first taste of our regular format! First, Jason and Mickey chat about recent happenings in their lives which includes a fun upcoming trip to a retro arcade and digging through the clearance section at Hobby Lobby. The next segment titled Recurrent Events features a good amount of pop culture news from this past week including the Rambo: Last Blood trailer, Punky Brewster reboot, a new Blockbuster themed party game, new Looney Tunes cartoons, a new Guns N' Roses album, and much more. Jason then dials up the TRN Hotline to interview "Batfan" Ben Rollier about his experience with the Batman '89 film and his Batfan.com blog. Then our main topic this week is all about our experience with arcade games back in the day and the machines that took most of our quarters. Finally, we will give a preview of what's coming up on TheRetroNetwork.com this week.

Be sure to stick around between segments for a retro interview with the original Batman, Adam West, and his reaction just prior to the release of Batman '89. Plus, find out how you can win a set of Super Mario Brothers minifigures by listening to our arcade discussion! 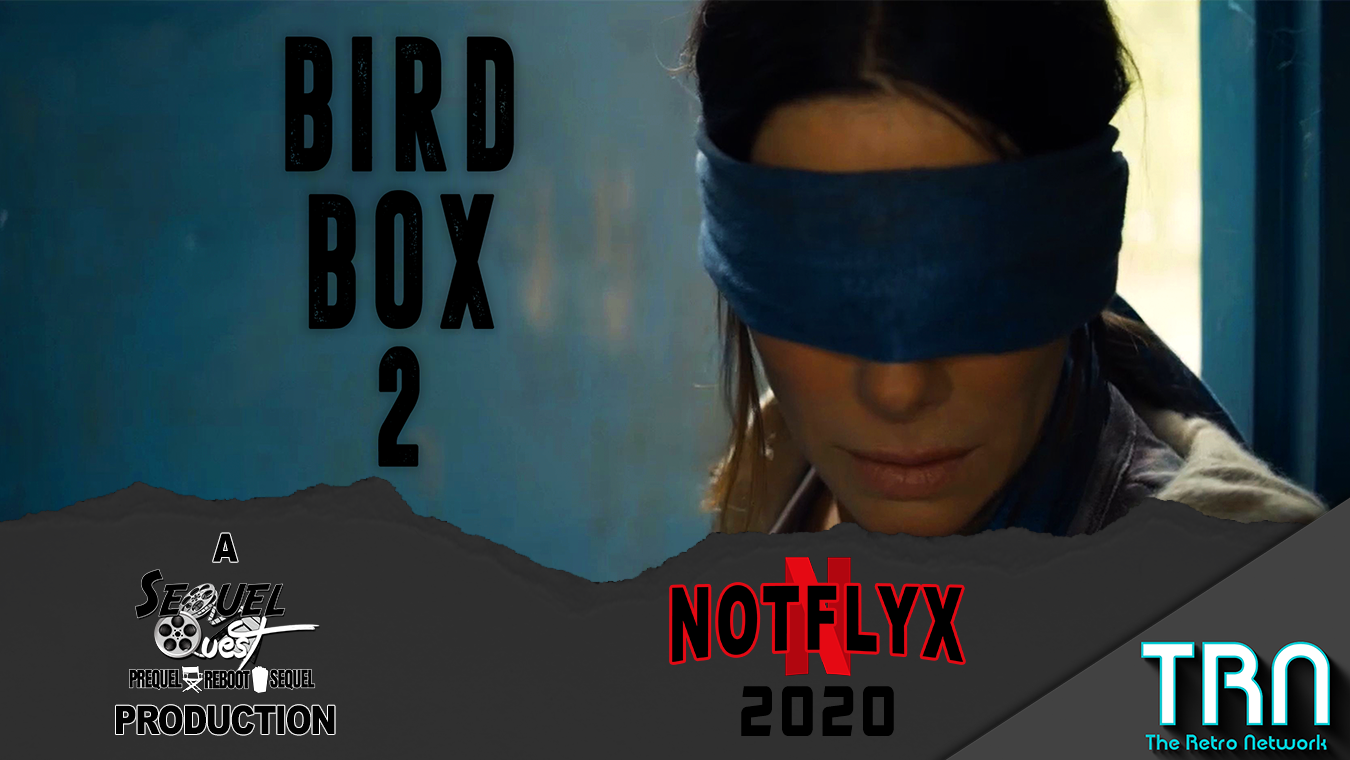 The Netflix original film Bird Box starring Sandra Bullock was a worldwide phenomenon in 2018 that proclaimed to be the most viewed film in history. This intense horror movie even inspired a brief and ultimately dangerous trend of Bird Box Challenge videos where people attempted to walk, cook and even drive while blindfolded. Despite the controversy, the film remains well regarded and yet no sequel has been announced. That’s where we come in.

Join the SequelQuest Crew of Adam, Jeff and Jeramy as we pitch our ideas for a Bird Box Sequel. What could be next for Sandra Bullock’s Malorie and the world of blind survivalists? Will it be a tale of Boy and Girl all grown up to take on all comers as blind fighting survivors in a world gone crazy? Perhaps a chilling spin-off prequel telling the tale of Charlie’s co-worker, Fish Fingers? The ideas come fast and free in our first podcast episode on The Retro Network, so listen now!

The Retro Network Podcast is officially here! In the first episode, Jason and Mickey kick things off with a chat about decoupage, Godzilla: King of the Monsters, and purchasing New Coke online. Next, they dive into the origins of The Retro Network, introduce the creative team, and content coming up during launch week. Jason then interviews the hosts of Sequelquest on the TRN Hotline. And finally, Jason and Mickey finish up with thoughts on Robert Pattinson being cast as the new Batman.

Find us on social media @TRNsocial and leave us feedback!

The Retro Network Podcast Channel features a variety of shows about pop culture past and present including the flagship TRN Podcast, Sequelquest movie reviews, The House Show wrestling podcast and Wizards: The Podcast Guide to Comics.